Difference between revisions of "Software as a service" 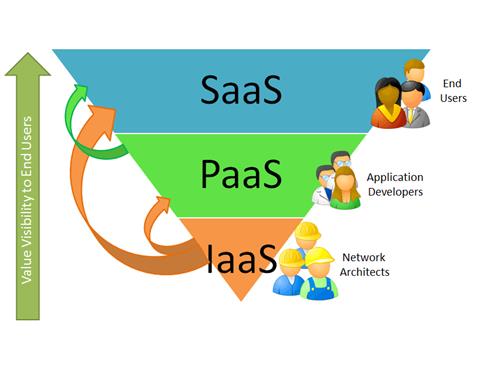 Software as a service (SaaS) — sometimes referred to as "on-demand software" — is a software delivery model in which software and its associated data are hosted centrally (on the cloud, for example) and are typically accessed by users using a thin client, normally using a web browser over the Internet. The customer subscribes to this "service" rather than requiring a software license, and the software doesn't require an implementation on customer premises.[1][2]

A SaaS solution is typically a "multi-tenant solution," meaning more than one entity is sharing the server and database resource(s) hosted by the vendor, though in the process potentially limiting customer customization. With this model, a single version of the application with a single configuration (hardware, network, operating system, etc.) is used for all customers. To support scalability, the application is installed on multiple machines.[1][2] In some cases, a second version of the application may be set up to offer a select group of customers a separate instance of the software environment, better enabling customers to customize their configuration. (This could be accomplished with platform as a service (PaaS), for example.[3]) This is contrasted with traditional software, where multiple physical copies of the software — each potentially of a different version, with a potentially different configuration, and often customized — are installed across various customer sites.

While an exception rather than the norm, some SaaS solutions do not use multi-tenancy, or use other mechanisms like virtualization to cost-effectively manage a large number of customers in place of multi-tenancy.[4][5] Whether multi-tenancy is a necessary component for software as a service has been debated.[6][7]

SaaS can be approached from several angles. Vertical SaaS models typically involve software that is specific to an industry. An example of this would be the electronic health record (EHR) in the healthcare industry. Horizontal SaaS models address software that is not industry-specific but rather targets a job function that can be found in most industries. For example, an enterprise resource planning (ERP) solution could practically be used in most any business, regardless of industry.[8]

The SaaS delivery model doesn't require indirect physical distribution since it is deployed almost instantaneously across a digital network. The distribution of a SaaS product typically takes on the following steps[9]:

Unlike traditional software which is conventionally sold as a perpetual license with an up-front cost (and an optional ongoing support fee), SaaS providers generally price applications using a subscription fee, most commonly a monthly fee or an annual fee. Consequently, the initial setup cost for SaaS is typically lower than the equivalent enterprise software. SaaS vendors typically price their applications based on some usage parameters, such as the number of users using the application. However, because in a SaaS environment customers' data reside with the SaaS vendor, opportunities also exist to charge per transaction, event, or other unit of value.[1][2]

The relatively low cost for user provisioning (i.e., setting up a new customer) in a multi-tenant environment enables some SaaS vendors to offer applications using the freemium model. In this model, a free service is made available with limited functionality or scope, and fees are charged for enhanced functionality or larger scope. Some other SaaS applications are completely free to users, with revenue being derived from alternate sources such as advertising.[10][11]

A key driver of SaaS growth is SaaS vendors' ability to provide a price that is competitive with on-premises software. This is consistent with the traditional rationale for outsourcing IT systems, which involves applying economies of scale to application operation, i.e., an outside service provider may be able to offer better, cheaper, more reliable applications.[1]

Advantages of the software as a service model include (but are not limited to)[5][2][12]: