From LIMSWiki
(Redirected from Agricultural Industry)
Jump to navigationJump to search

The agriculture industry and its associated agricultural laboratories cover a broad scope of activities associated with the raising of food crops. These crops can include fruits, vegetables, land animals, and seafood. In the case of seafood, this generally applies to farmed seafood, whereas seafood captured by fishing boats and the like are addressed separately.

Due to the importance of agriculture for any society, appropriate levels of testing for everything from basic soil and irrigation water to final crop testing, are critical. In addition, testing of the impacts of agricultural activities play an important role in policy and the development of appropriate laws and regulations.

Focus areas for the agricultural laboratory

The raw materials for agriculture begin with water, soil, and seed for plant crops, and supplements for animals (arguably, animals themselves are in a sense raw material, where you are buying breeding stock). Appropriate quality standards need to be met appropriate to the crop being produced. Quality, in this case, governs both basic composition as well as contamination. In the case of composition, much of the testing involved is concerned with both quantitative as well as limit type tests for organic and inorganic compounds.

In addition to composition, contamination is a concern as well. For instance, the presence of pathogens in irrigation water can lead to contaminated food products. In the case of one outbreak of E. coli in Europe, the ultimate culprit appeared to be the provider of sprout seed from Egypt, not the water or any other later stage activity[1]. The United States Department of Agriculture (USDA) has initiated a Good Agricultural Practices (GAP) program to assist farms with reducing the risk of contamination of food due to such things as irrigation water contamination[2].

In the case of either soil or feed, and to a much lesser extent water (unless one is discussing sludge as fertilizer), complexity of the matrix, and the potential for invalid results is significant[3]. In some early laboratory information management systems (LIMS) designed specifically for application in soil testing laboratories, elaborate cross checks between various test results were utilized to look for inconsistencies. Clearly, this will drive a different approach to the design of the LIMS than when much simpler final results are required with little interaction between completely different tests.

The International Seed Testing Association (ISTA) is a voluntary association whose primary objective is the establishment of uniformity of seed testing throughout the world. The association, initially founded with the intent of publishing seed testing methods has expanded it’s functions beyond that singular intention. Much of the ancillary work is still related to that process - the hosting of international conferences, support of research programs expanding the science of seed testing, and related activities.

The ISTA International Rules for Seed Testing contains 18 chapters covering testing methodologies, sampling procedures, and processes for more complex testing issues[4]. The chapters address such subjects as purity, germination (both actual germination and the predictive tetrazolium test), seed health, seed vigor, moisture content, and testing of coated seeds and seed mixtures. In addition, the complexities of sampling are covered in their own chapter.

Testing of food products, whether it be meat or produce, is largely concerned with microbial contamination. Because of sampling questions, the superior testing approach may be to test the run off and irrigation water for a field. Efforts are under way to to identify very low levels of bacterial contamination in this water.

Although government regulatory agencies, such as the USDA Food Safety Inspection Service (FSIS) require testing of especially meat and poultry for microbial contamination, increasingly vendors are enacting such requirements on their own[1]. As well, these requirements, whether regulatory or business, are also requiring holding the product in question, until the test results have been returned. This switch to test and hold, would have an impact on turn around time requirements for the laboratory - placing efficiency at a higher level in the requirements list, than it might have been in the past. It should be noted that many of these testing requirements apply to food processing facilities (meat packers and slaughtering operations), but owing to the introduction of bacterial contaminants earlier in the food production chain, such testing requirements are now applying to farming activities.

Run off and sludge testing 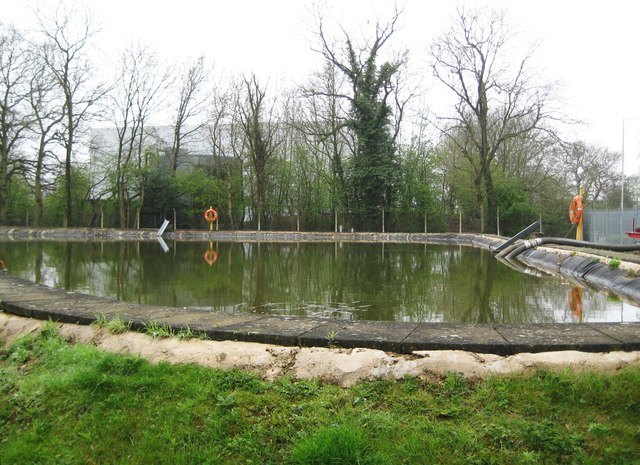 Fire water can be a significant source of agricultural pollution.

Agriculture is associated with 48% of the impaired river miles in the United States[5], which drives a significant focus on wastewater testing in support of the Agricultural industry. Similar to many other forms of agricultural samples, preparation of wastewater samples is a key to successful completion of the tests. A typical agriculture lab will need to track many aspects of the preparation of a sample for completion of the actual target test [6]. Further, owing to the fact that this is EPA related testing, chain of custody takes on a level of importance that may not be as critical in other industries[7]. The risk of fraud, of course, is what drives this need.

Firewater, that is, water used to fight fires on a farm, can prove to be a significant source of pollution, as the various herbicides, fertilizers, and other chemicals that are the fuel source for the fire, then become a component of the runoff firewater.[8]

Animal health testing, similar to human testing, involves analysis of a variety of body fluids and tissues. Typical tests involve multi-step sample preparation. In some cases, these tests include inoculation into other animals in order to isolate the virus, followed by laboratory analysis via a number of techniques, such as enzyme-linked immunosorbent assay (ELISA) or polymerase chain reaction (PCR). Support of these tests requires tracking of manual sample preparation steps as well as instrument integration in order to maximize efficiency.

The nature of many of the tests in the clinical – and especially clinical pathology — lab often warrants significant customization of the laboratory information system, as the particular data and graphics may need to be presented in very unique ways for each individual test.

Frequently, the veterinary clinical laboratory is working to diagnose disease within a dead animal, in the interest of dealing with either treating or preventing disease in the rest of the herd.

Unique challenges for the veterinary laboratory

The veterinary clinical laboratory has several challenges unique to it. Many of these challenges are related to addressing issues of animal disease management. For instance, specimens not only need to be tracked to the animal involved, but the animal may need to be tracked to the flock or herd from which it came, so that data may be compared across the group of animals for related disease.

Another element involves tracking on a larger scale. In particular, this means supporting two key capabilities. One is the animal tracking program within the country of origin for the animal being tested (or between countries as is the case with the EU). For instance, the European Union employs a system known as EuroVet to track animal movement. The system consists of multiple modules, including holding and herd tracking, animal registration, and animal movement[9]. Animal movement can be key to managing disease outbreaks, as well as stopping outbreaks of food supply contamination that can be either natural or as the result of a bioterrorism event. Knowledge of where the animal has been, and what other animals it has been in contact in the recent past, can be very useful in containing the outbreak or contamination. Within the United States, the US Department of Agriculture has developed its own tracking program. Components of the program include the National Animal Identification System as well as the National Animal Health Laboratory Network, both under the auspices of the Animal and Plant Health Inspection Service. The second capability is support of data exchange.

Within the United States, participation in the National Animal Health Laboratory Network (largely federal, state, and university laboratories) also means that data systems need to support various standards regarding data and terminology. This includes the Health Level 7 (HL7) standard for data exchange and interoperability, as well as Systematized Nomenclature of Medicine--Clinical Terms (SNOMED) and Logical Observation Identifiers Names and Codes (LOINC) for nomenclature[10].

The veterinary clinical laboratory has to also contend with the fact that it is dealing with multiple different species. This adds an additional dimension to the test selection matrix beyond what you would find in a human clinical laboratory environment. In addition, specifications on test results would vary in many cases, across the different species.

Food that has been produced organically is becoming increasingly popular in the United States[11]. The underlying principle is to have food that is more natural, and therefore healthier to eat. In addition, is the interest in employing more sustainable farming techniques[12]. However, defining organic has been notoriously challenging. In 1995, the USDA developed a series of working definitions around organic[12]. The underlying principles are minimization of off-farm inputs, and the attempt at working in an ecologically balanced, sustainable manner. At the same time, the USDA is aware that elimination of all synthetic (i.e. non-natural) residues may be unavoidable, and thus the focus is on limits, rather than the complete absence of certain compounds, as well as on the overall system used to produce, process, and transport the organic product[13].

The production of organic food provides no unique analytical challenges with regard to ongoing operations. However, analysis can provide a key component of the certification process, as the USDA Inspector General’s office has called for certifying agencies to provide actual analytical evidence that food claiming to be pesticide-free actually are[14]. This is part of an overall requirement for the USDA to more closely oversee their organic certifying agencies.

Quality testing of many of these agents involves not only routine product testing, but also testing involved in the registration of the products.

Regulation of fertilizer quality is significant, particularly in developing nations, although state agricultural agencies within the U.S. also maintain labeling requirements intent on assuring that fertilizers conform to the manufacturer’s stated specifications. Clearly, fertilizer that does not contain the amount of ingredients that the customer is expecting, will not produce the intended results. With increasing focus on fertilizer calibration, the importance of quality control of fertilizer batches will presumably rise, as prescriptive fertilizer recommendation is of little use if fertilizer composition is wildly variant.

Although the National Institute of Standards and Technologies (formerly the National Bureau of Standards) has its roots in the Treasury Department[15], in most states, the Department of Weights and Measures is a division of the Department of Agriculture. Historically, this may have come about as some of the earliest legal standards with regard to weights and measures we see in Europe have to do with standardized measures of corn in the Magna Carta. A standard definition ensures fairness in trade, and for most of human history trade has largely been focused on agricultural products.

As the need for additional measurement services developed outside the immediate realm of agriculture, these capabilities grew within the Department of Agriculture. Among these services are providing calibration services for laboratories as well as certification for private metrology service companies, a key component of any laboratory organization.

In addition to testing delivery of fuel, many state departments of agriculture are responsible for fuel standards adherence[16] - that is, to octane ratings and similar quality measures.

The agriculture industry, although only comprising a small part of the U.S. economy at 1.2% of GDP (slightly higher at 1.8% in the European Union)[17], impacts a broad enough spectrum of daily life in the United States, that it comes under a broader range of regulatory oversight than one might expect.

The USDA clearly has the largest overall impact on the agriculture industry, as noted above.

Although the USDA has programs to guarantee food safety, the FDA also has a significant role to play in agriculture, both with food safety as well as with labeling issues and the organic food issues.

The EPA has regulatory authority over the agriculture industry especially with regard to pollution control.