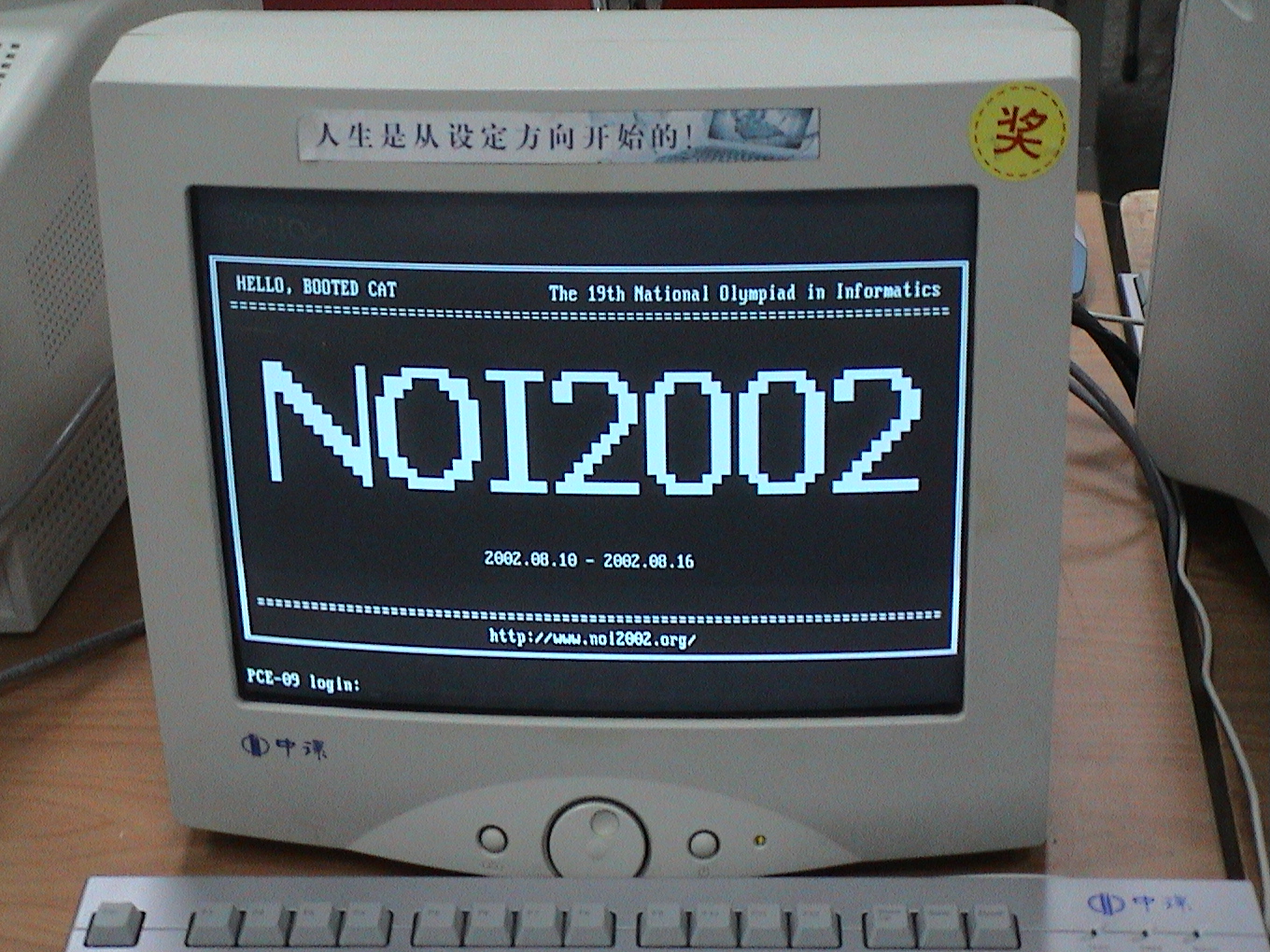 A computer used at China's 2002 National Olympiad in Informatics

Informatics is the science of information, the practice of information processing, and the engineering of information systems.[1] Informatics studies the structure, algorithms, behavior, and interactions of natural and artificial systems that store, process, access, and communicate information. It also develops its own conceptual and theoretical foundations and utilizes foundations developed in other fields. Since the advent of computers, individuals and organizations increasingly process information digitally. This has led to the study of informatics that has computational, cognitive, and social aspects, including study of the social impact of information technologies.[1]

While the field of informatics encompasses the study of systems that represent, process, and communicate information, the theory of computation in the specific discipline of theoretical computer science which evolved from Alan Turing studies the notion of a complex system regardless of whether information actually exists. Since both fields process information, there is some disagreement among scientists as to field hierarchy. For example, Arizona State University attempted to adopt a broader definition of informatics to even encompass cognitive science at the launch of its School of Computing and Informatics in September 2006.[2]

The confusion arises since information can be easily stored on a computer, and hence informatics could be considered the parent of computer science. However, the original notion of a computer was the name given to the action of computation regardless of the existence of information or the existence of a Von Neumann architecture. Humans are examples of computational systems and not information systems. Many fields such as quantum computing theory are studied in theoretical computer science but not related to informatics.

The French term informatique was coined in 1962 by Philippe Dreyfus[4] together with various translations — informatics (English), also proposed independently and simultaneously by Walter F. Bauer and associates who co-founded Informatics Inc., and informatica (Italian, Spanish, Romanian, Portuguese, Dutch), referring to the application of computers to store and process information. The term was coined as a combination of "information" and "automatic" to describe the science of automating information interactions.

The morphology—informat-ion + -ics—uses "the accepted form for names of sciences, as conics, linguistics, optics, or matters of practice, as economics, politics, tactics", and so, linguistically, the meaning extends easily to encompass both the science of information and the practice of information processing.

This new term was adopted across Western Europe, and, except in English, developed a meaning roughly translated by the English "computer science" or "computing science." Mikhailov et al. advocated the Russian term informatika (1966), and the English informatics (1967), as names for the theory of scientific information and argued for a broader meaning, including study of the use of information technology in various communities and of the interaction of technology and human organizational structures:

The first example of a degree-level qualification in informatics occurred in 1982 when Plymouth Polytechnic (now the University of Plymouth) offered a four-year BSc (honours) degree in "Computing and Informatics," with an initial intake of only 35 students. The course still runs today, making it the longest available qualification in the subject.[citation needed]

In 1989, the first International Olympiad in Informatics (IOI) — a competition of the brightest informatics students around the world — was held in Bulgaria.[6] The competition involved two days of intense competition, with up to four students selected from each participating country to attend and compete for the highest score on a variety of informatics problems.[7]

The definition of informatics has seen many variations across different institutions:

The UoA includes the study of methods for acquiring, storing, processing, communicating and reasoning about information, and the role of interactivity in natural and artificial systems, through the implementation, organisation and use of computer hardware, software and other resources. The subjects are characterised by the rigorous application of analysis, experimentation and design.

Informatics is based on recognizing that the design of this technology is not solely a technical matter, but must focus on the relationship between the technology and its use in real-world settings. That is, informatics designs solutions in context, and takes into account the social, cultural and organizational settings in which computing and information technology will be used.

Informatics provides solid grounding in computer programming, mathematics, and statistics, combined with study of the ethical and social science aspects of complex information systems. Informatics majors learn to critically analyze various approaches to processing information and develop skills to design, implement, and evaluate the next generation of information technology tools.

In the English-speaking world the term informatics was first widely used in the applied sense as "medical informatics," taken to include "the cognitive, information processing, and communication tasks of medical practice, education, and research, including information science and the technology to support these tasks."[13] Many such compounds are now in use; they can be viewed as different areas of applied informatics.

By 2004, the field of laboratory informatics — the specialized application of information technology to optimize and extend laboratory operations — began emerging as a more distinct area of applied informatics.[16]