With the advent of the International Classification of Diseases, graphical data representations like this (age-standardised disability-adjusted life year, by country) can be made to better report and track health issues around the world.

The International Classification of Diseases (also known by the abbreviation ICD) is the United Nations-sponsored World Health Organization's "standard diagnostic tool for epidemiology, health management, and clinical purposes."[1] The ICD is designed as a health care classification system, providing a system of diagnostic codes for classifying diseases, including nuanced classifications of a wide variety of signs, symptoms, abnormal findings, complaints, social circumstances, and external causes of injury or disease. This system is designed to map health conditions to corresponding generic categories together with specific variations, assigning for these a designated code, up to six characters long. Thus, major categories are designed to include a set of similar diseases.

The ICD is revised periodically and is currently in its tenth revision. The ICD-10, as it is therefore known, was developed in 1992 to track health statistics, while ICD-11 is planned for 2015.[1] and will be revised using Web 2.0 principles.[2] Annual minor updates and triennial major updates are published by the WHO.[3] The ICD is part of a "family" of guides that can be used to complement each other, including also the International Classification of Functioning, Disability and Health which focuses on the domains of functioning (disability) associated with health conditions, from both medical and social perspectives.

The ICD-6, published in 1949, was the first to be shaped to become suitable for morbidity reporting. Accordingly the name changed from International List of Causes of Death to International Statistical Classification of Diseases. The combined code section for injuries and their associated accidents was split into two, a chapter for injuries, and a chapter for their external causes. With use for morbidity there was a need for coding mental conditions, and for the first time a section on mental disorders was added.[4]

The International Conference for the Seventh Revision of the International Classification of Diseases was held in Paris under the auspices of WHO in February 1955. In accordance with a recommendation of the WHO Expert Committee on Health Statistics, this revision was limited to essential changes and amendments of errors and inconsistencies.

The Eighth Revision Conference convened by WHO met in Geneva in July 1965. This revision was more radical than the Seventh but left unchanged the basic structure of the Classification and the general philosophy of classifying diseases, whenever possible, according to their etiology rather than a particular manifestation. During the years that the Seventh and Eighth Revisions of the ICD were in force, the use of the ICD for indexing hospital medical records increased rapidly, and some countries prepared national adaptations which provided the additional detail needed for this application of the ICD.

In the USA, a group of consultants was asked to study the 8th revision of ICD (ICD-8) for its applicability to various users in the United States. This group recommended that further detail be provided for coding hospital and morbidity data. The American Hospital Association's "Advisory Committee to the Central Office on ICDA" developed the needed adaptation proposals, resulting in the publication of the International Classification of Diseases, Adapted (ICDA). In 1968, the United States Public Health Service published the International Classification of Diseases, Adapted, 8th Revision for use in the United States (ICDA-8). Beginning in 1968, ICDA-8 served as the basis for coding diagnostic data for both official morbidity and mortality statistics in the United States.[5]

There had been an enormous growth of interest in the ICD and ways had to be found of responding to this, partly by modifying the classification itself and partly by introducing special coding provisions. A number of representations was made by specialist bodies which had become interested in using the ICD for their own statistics. Some subject areas in the classification were regarded as inappropriately arranged, and there was considerable pressure for more detail and for adaptation of the classification to make it more relevant for the evaluation of medical care, by classifying conditions to the chapters concerned with the part of the body affected rather than to those dealing with the underlying generalized disease.

At the other end of the scale, there were representations from countries and areas where a detailed and sophisticated classification was irrelevant, but which nevertheless needed a classification based on the ICD in order to assess their progress in health care and in the control of disease. A field test with a bi-axial classification approach — one axis for anatomy, another for etiology — showed the impracticality of such approach for routine use.

The final proposals presented to and accepted by the Conference retained the basic structure of the ICD, although with much additional detail at the level of the four digit subcategories, and some optional five digit subdivisions. For the benefit of users not requiring such detail, care was taken to ensure that the categories at the three digit level were appropriate.

For the benefit of users wishing to produce statistics and indexes oriented towards medical care, the Ninth Revision included an optional alternative method of classifying diagnostic statements, including information about both an underlying general disease and a manifestation in a particular organ or site. This system became known as the dagger and asterisk system and is retained in the Tenth Revision. A number of other technical innovations were included in the Ninth Revision, aimed at increasing its flexibility for use in a variety of situations.

It was eventually replaced by ICD-10, the version currently in use by the WHO and most countries. Given the widespread expansion in the tenth revision, it is not possible to convert ICD-9 data sets directly into ICD-10 data sets, although some tools are available to help guide users.[6]

International Classification of Diseases, Clinical Modification (ICD-9-CM) is an adaption created by the U.S. National Center for Health Statistics (NCHS) and used in assigning diagnostic and procedure codes associated with inpatient, outpatient, and physician office utilization in the United States. The ICD-9-CM is based on the ICD-9 but provides for additional morbidity detail. It is updated annually on October 1.[7][8]

It consists of two or three volumes:

The NCHS and the Centers for Medicare and Medicaid Services are the U.S. governmental agencies responsible for overseeing all changes and modifications to the ICD-9-CM.

Work on ICD-10 began in 1983, and the new revision was endorsed by the Forty-third World Health Assembly in May 1990. The latest version came into use in WHO Member States starting in 1994.[1] The classification system allows more than 155,000 different codes and permits tracking of many new diagnoses and procedures, a significant expansion on the 17,000 codes available in ICD-9.[9] Adoption was relatively swift in most of the world. Several materials are made available online by WHO to facilitate its use, including a manual, training guidelines, a browser, and files for download.[10] Some countries have adapted the international standard, such as the "ICD-10-AM" published in Australia in 1998 (also used in New Zealand)[11], and the "ICD-10-CA" introduced in Canada in 2000.[12]

Adoption of ICD-10 has been slow in the United States. Since 1979. the USA had required ICD-9-CM codes for Medicare and Medicaid claims[5], and most of the rest of the American medical industry followed suit. On January 1, 1999 the ICD-10 (without clinical extensions) was adopted for reporting mortality, but ICD-9-CM was still used for morbidity. Meanwhile, NCHS received permission from the WHO to create a clinical modification of the ICD-10, and has production of all these systems:

ICD-10-CA is an clinical modification of ICD-10 developed by the Canadian Institute for Health Information for morbidity classification in Canada. ICD-10-CA applies beyond acute hospital care, and includes conditions and situations that are not diseases but represent risk factors to health, such as occupational and environmental factors, lifestyle, and psycho-social circumstances.[12]

The World Health Organization is currently revising the International Classification of Diseases (ICD) towards ICD-11. The development is taking place in an Internet-based workspace, called iCAT (Collaborative Authoring Tool) Platform, somewhat similar to Wikipedia, yet requiring more structure and a peer-review process. The WHO collaborates through this platform with all interested parties.

The final draft of the ICD-11 system is expected to be submitted to WHO's World Health Assembly (WHA) for official endorsement by 2015. The beta draft[15] was made available online in May 2012 for initial consultation and commenting.[16]

In ICD-11 each disease entity will have definitions that give key descriptions and guidance on what the meaning of the entity/category is in human readable terms. This is an advancement over ICD-10, which had only title headings. The definitions have a standard structure based on a template with standard definition templates and further features exemplified in a "Content Model." The Content Model is a structured framework that captures the knowledge that underpins the definition of an ICD entity. The Content Model therefore allows computerization (with links to ontologies and the Systematized Nomenclature of Medicine [SNOMED CT]). Each ICD entity can be seen from different dimensions or "parameters." 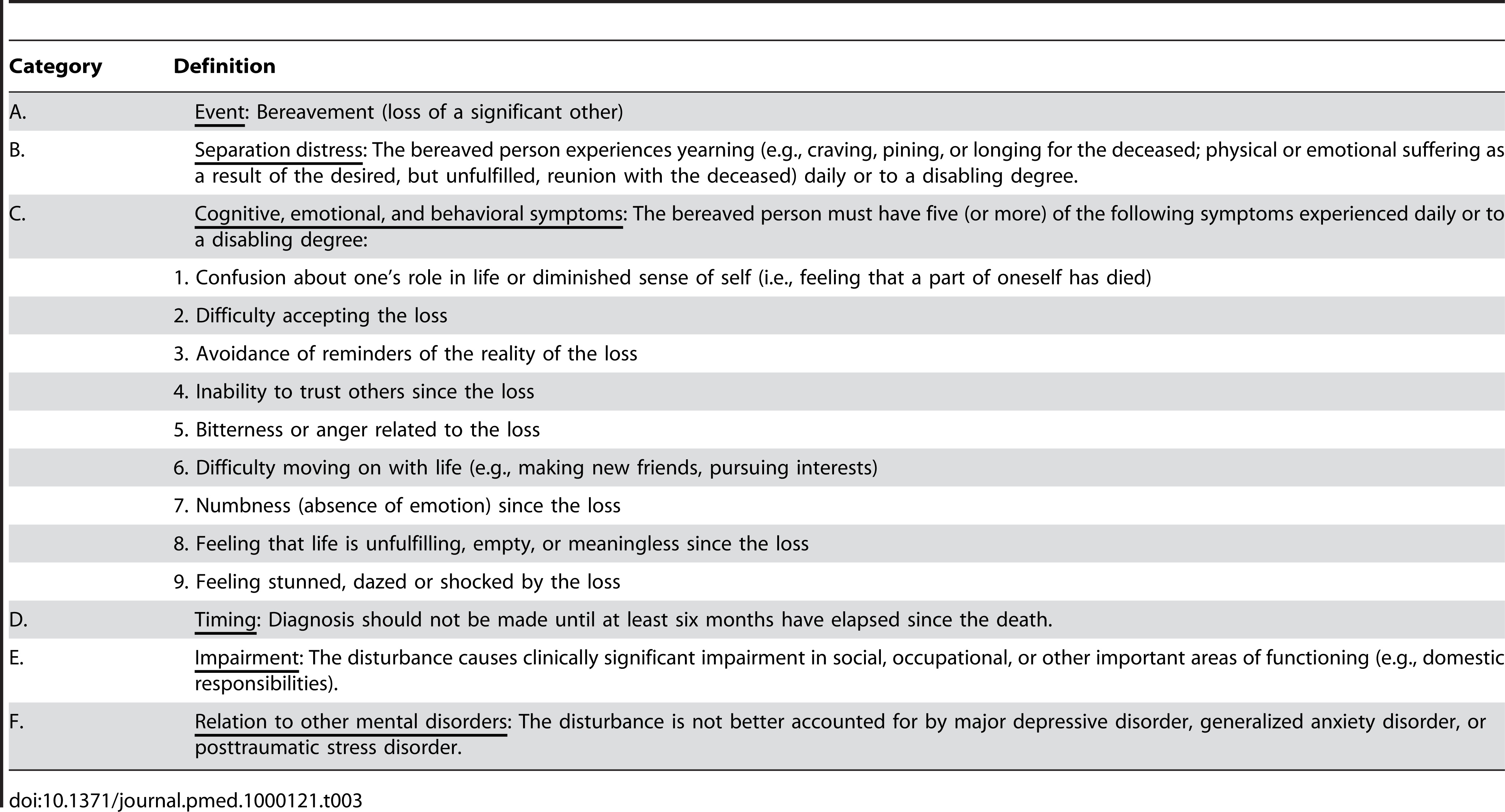 For example, there are currently 13 defined main parameters in the Content Model (see below) to describe a category in ICD:

ICD exists in 41 languages in electronic versions, and its expression in multiple languages will be systematically pursued in ICD-11.[17]