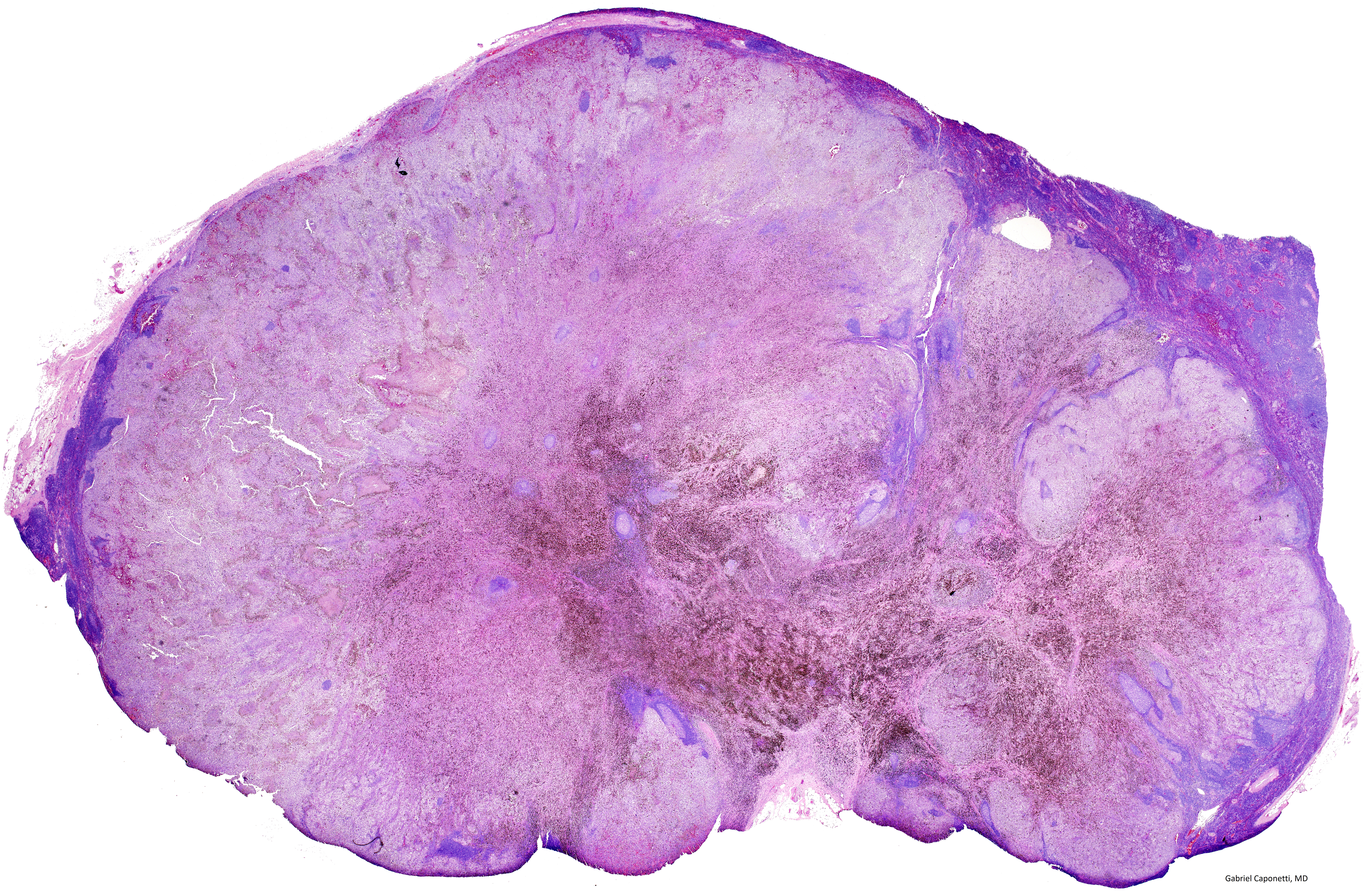 Using the knowledge of anatomical pathology, medical scientists were able to discover how this lymph node was almost completely replaced by metastatic melanoma.

Anatomical pathology (or Anatomic pathology) is a medical specialty that is concerned with the gross, microscopic, chemical, immunologic, and molecular examination of organs, tissues, and whole bodies (as in autopsy) to determine the presence of disease.[1] Italian scientist Giovanni Battista Morgagni is widely considered the founding father of anatomic pathology.[2]

The differences between the two may appear to be small, but the differentiation in laboratory workflow of these two medical specialties has led to the creation of different functionalities in the laboratory information systems (LISs) and anatomic pathology computer systems often utilized while practicing these specialties. Specimen collection, receipt, and tracking; work distribution; and report generation may vary — sometimes significantly — between the two types of labs, requiring targeted functionality in the utilized software.[6][7] Other differences include[8]:

The procedures used in anatomic pathology include[9]: